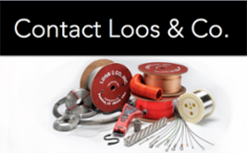 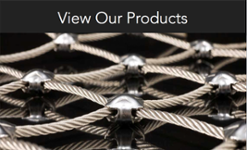 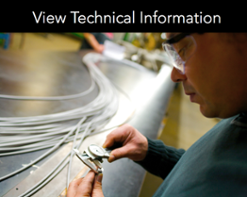 Loos & Co., Inc. is built on a proud tradition of innovation in a seemingly old-line industry, steel fabrication. Over our more than fifty years of existence we have grown from a two car garage start-up to the acknowledged industry leader. Accomplishments like that only happen by doing things right. This attitude of doing things right extends beyond our manufacturing processes to how we act as a corporate citizen. While there has been much press of late on the subject of environmental conservation, we have long been concerned with the impact we make on the environment and have been practicing conservation for years. We thought you might be interested in some of the green projects we have initiated over the years to reduce our environmental footprint.

1) 1993 – Replaced hundreds of lights, motors, belts, and drives with energy efficient versions. The estimated electrical saving was over 190,000 kilowatt-hours per year.

2) 1999 – Thirty ton chiller heat diverted. The exhaust heat from this process chiller was diverted into the adjacent Rope Mill department to provide area heating. This provides heat to approximately 17,000 square feet of factory space. There is no furnace in this area and therefore no oil is burned for localized heat.

3) 2000 – A second thirty ton chiller’s waste heat was diverted to the tinning area for heat. The exhaust heat from this process chiller was diverted into the adjacent department to provide area heating. This provides additional heat to approximately 6,000 square feet of factory space. There is no furnace in this area and therefore no oil is burned for localized heat.

4) 2000 – Approximately thirty motion sensors were installed in the office areas to control individual office, meeting, and common area room lighting. By setting these on automatic lights turn off when areas are unoccupied. The estimated electrical saving was 2080 kilowatt-hours per year.

5) 2000 – Annealing Furnace heat reclamation. Air handling units were installed to capture the heat given off by the annealing furnaces. Two units divert heat into adjacent manufacturing areas and two re-circulate and distribute the heat to other areas of the same large room. There are no oil-fired furnaces in this area and therefore no oil is burned to heat approximately 45,000 square feet of factory space.

6) 2001 – High-speed doors. Automatic high-speed curtain doors were installed to isolate an air-conditioned area of the factory. By making the operation automatic and fast, we conserve the energy needed to cool 7,000 sq-ft of floor space.

7) 2001 – Air leak survey & repair. A complete compressed air survey was performed to identify and repair leaks. Compressed air is an essential component in equipment operation, however it is also a costly form of energy. The program saved over 200,000 kilowatt-hours per year in electrical power that otherwise would have been wasted.

8) 2001 – Air System Upgrade. A major system upgrade increased the efficiency of the compressed air system, mostly in storage and distribution. Main trunk lines, a full process loop, and a large storage tank helped to improve the efficiency of the system, saving over 260,000 kilowatt-hours per year in electrical power.

9) 2004 – All main office entrances have been updated to include a secondary weather boundary (vestibule or similar). This added insulation retains heat in winter and reduces the load on our air conditioning in the summer.

10) 2005 – Factory lighting - Phase I. We replaced 281 light fixtures with energy efficient T-5 fluorescent lights. In addition, 26 motion sensors were installed so that lights would turn off automatically when areas were not occupied. This program saved over 354,000 kilowatt-hours per year in electrical power.

11) 2006 – Factory lighting - Phase II. We replaced an additional 280 light fixtures with energy efficient lights. In addition, another 40 motion sensors were installed so that lights would turn off automatically when areas were not occupied. This program saved approximately 114,000 kilowatt-hours per year in electrical power.

13) 2007 – Waste oil furnace. A special furnace was installed to burn waste oils and other combustible fuels. This provides heat to a large manufacturing area. By using this oil for heat, we have reduced the total amount of heating oil that we purchase by 1,500 gallons during the first heating season. This saving is expected to double next year.

16) 2010 – Loos & Co., Inc. installed a 2 megawatt generator to support Connecticut’s load management program. This program allows Loos to generate our own power in the event of a “load shed” event. The program sponsored by CT light and Power (CL&P) reduces electrical demand during peak hours, usually the hot summer months.